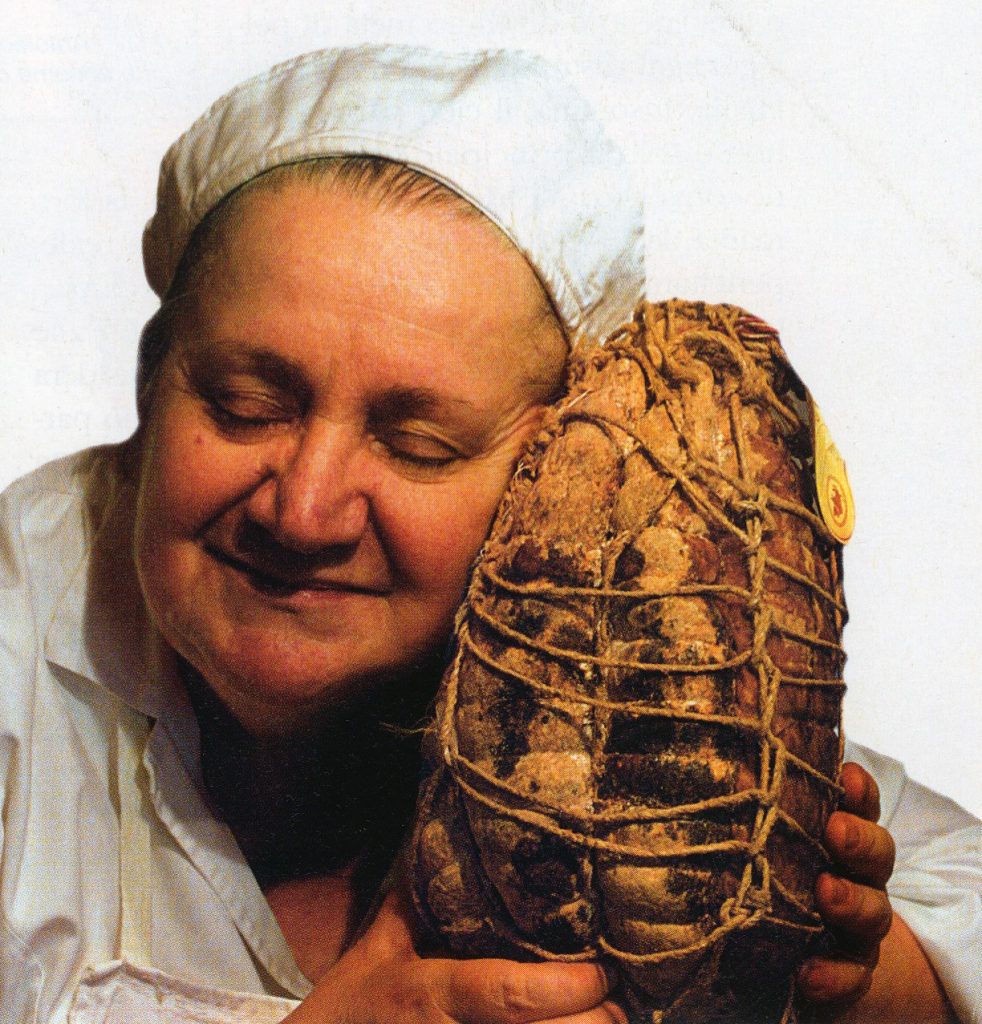 The culatello is a leg of pork (the rear haunches) made in the winter months from November to February. The rind is removed and the leg deboned, giving it the characteristic pear shape.

We then move on to the salting – carried out as soon as the animal is slaughtered. The salting lasts six to eight days, using salt, red wine and natural flavours (pepper and garlic) to prepare the meat for aging. In the first two days the culatello is massaged to let the salt penetrate and tenderise the meat. Why and who decided to salt only that part of the pig’s leg is not known – the memory is lost in the mists of time. Then the culatello is covered, tied up with string and placed inside a pig’s bladder. This processing is carried out by experts: norcini, butchers or culatello makers who specialise in this craft handed down to them from their fathers.

Then it is hung to dry, for a period of about four months and towards the spring it goes into the dark cellars, where it remains until curing is completed. It is ready to eat after twelve months. This preparation is also a ritual: the ropes are removed, washed and immersed in a container full of wine for two or three days. When it is removed from the wine, the external fat is trimmed and thinly sliced.

The environment and climate (thick fog in winter, heat and humidity from the Po river in summer, combined with a good cellar) mean that the culatello matures slowly and becomes a special and wonderful product!